The Joab and Cushi Generation

When we allow the Word to remain unopposed in us, we suddenly understand that the obedience, the knowing, and the love of the Word are all graces that come from above. We understand the movements of the message of the Word. We know when it is withdrawn and when we shall not bear the tidings of the Word. We are not crucifiers of the Word but friends of the Word like the Joab and Cushi generation. We walk and live with the Word just like disciples walked and lived with Jesus. The Word has His own life and gives life to all of us, He takes different life forms as the Word and can speak for Himself.

I will be continuing soon on the prophetic pronunciations for 2015.
More and more is getting revealed with much clarity.
I prefer to write these words before I forget them.

Two kinds of anointings are needed next year.
1. The Joab anointing.
2. The Cushi anointing.
Let’s begin with the Joab anointing.
The name Joab (יוֹאָב) is derived from Yahweh (יהוה), the name of the God of Israel, and the Hebrew word ‘av’ (אָב), meaning ‘father’. It therefore means ‘Yahweh [is] father’.
The meaning of the name Joab is Yahweh is Father.
The coming year is for the Cush anointing which shall only be released by the Joab anointing.
Joab is a symbol of a Spiritual Father in Israel who is fighting the King’s Battles.
He is the Commander of the King’s Armies.

It is no longer us against THEM but it is WE against us.
Christians are persecuting Christians. Jews are persecuting Jews. Muslims are persecuting Muslims.
When they want to reconcile they point the enemy outside.
The Husband is fighting the Wife and when he wants reconciliation he points the neighbours as the cause.
We live in the days of biggest enmity between churches.

We have anointed Absaloms who are rightfully the heirs and future kings but because of their rebellion they are killed by their own.
Joab knew that this battle is within and the NEXT GENERATION is at stake.
He stood at the anointing of a spiritual father and did a MINISTRY OF REFERRAL.

Last week I was led to refer a great man of God whom I highly respect to a Ministry I believed has a capable Apostolic Spiritual Father for submitting under.
This week I referred a woman of God for deliverance to the same ministry.
I felt in my spirit they are carrying the Cushi spirit for the coming season.
When you carry the Joab spirit you have a burden for the next generation.

THE KING’S SON IS DEAD. It is a very unique situation.
You will need to refer the matter to the unknown Cushis and they will know what to do.
I have spent time in this installment showing you the importance of the Spiritual Father to carry us to the next season.
It is an unusual season.

Countries have killed their own. Churches have destroyed their own.
Politicians have betrayed their own.
Economies have sabotaged their own.
We live in a season where death is inevitable and the Ahimaaz who is resourced is trying to tell us why the killing must continue.
I hope this message is adding flesh to all the previous Prophetic Pronunciations concerning the next year.

Grace and Peace to you all. 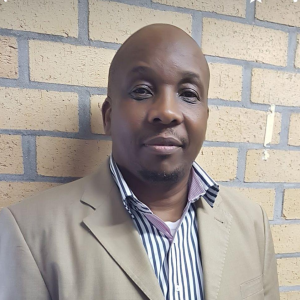 6. The Joab and Cushi Generation

5. Thou shalt not bear tidings this day

1 thought on “6. The Joab and Cushi Generation”